Thank you for visiting, and for all the treats you feed my pets!

Feel free to send a PM if you have questions or want to chat. I have extras of just about every non-furniture item and most Adventure items, so if you need anything, just ask!


If I am not around, I am probably studying or looking into a microscope. 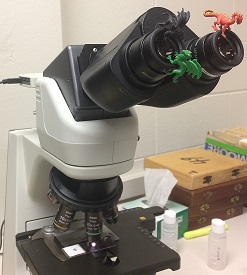 Placed Pixpets
Inanna spent the first month of her life tending the home and garden, running the shop, and learning the ins and outs of the marketplace. Her success at the latter is debatable, but she now considers herself an amateur economist. She spent a long time looking forward to hoarding, but has become ambivalent about it. She adores and dotes on Misha the Ursufuzz, whose egg she found.

Inanna sometimes writes journal entries, but has been too busy to update them recently.

Inanna’s egg was found by Vasuki. Her name is a combination of “Indigoat” and “nanny goat.”
Hatched Gray.
Number of Color Reroll Evobars until Neutral: 51

After regurgitating several of them, she never wants to look at another Evobar again.
Tuari is caught in the awkward position of being inexperienced while being expected to live up to his status as a legendary PixPet demigod. He messes things up a lot, but tries to argue and justify his actions instead of accepting defeat gracefully.

Suraj the Sunobra found Tuari's egg. Tuari's name means "Young Eagle."
Ramona has been best friends with Liadan the Velibolt ever since Liadan let Ramona have her fruit bowl. They are inseparable when they are home, but Ramona, who does not get distracted as easily, soon surpassed Liadan’s hoarding skills. Ramona loves traveling as far and wide as she can, even if it means leaving Liadan behind.

(Ramona's egg was found by Vasuki. Her name is derived from the family name for toucans, Ramphastidae.)
Vasuki is laid-back and loves rearranging their liquid gem collection. They are sad when one has to be used for a potion, but give it up anyway because they just want everyone to be happy. Vasuki really wants to be Alasdair’s BFF, but feels dejected when Alasdair gets envious that Vasuki happens to bring back better items from a hoard. Still, the two of them usually travel together.

Vasuki is my Patreon starter. They are named after one of the King serpents in Hindu and Buddhist mythology, who is also known as one of the eight Great Dragon Kings.
Bercilak does things his own way and doesn't care what anyone else thinks. He wants to find all the books that exist, and may or may not be plotting world domination.

Bercilak's egg was February 2019's Patreon reward. He is named after a mighty Green Knight from Arthurian legend.
Usershop

Water in a Pitcher

The Complete Index of Roses - Lexica